Vasilis Tsitsanis was the greatest Greek composer of laika songs in Greek music.

The songs of Tsitsanis have remained as his legacy to the world of music, and are still considered masterpieces of the Greek music, sung by the most known Greek singers.

On January 18, 1915, Vassilis Tsitsanis was born in Trikala of parents from Epirus. He had two brothers and a sister.

His father constructed shoes and had a mandolin with which he played almost exclusively kleftika songs of his homeland. These sounds and songs were the first musical influences for Tsitsanis along with the Byzantine chants he was hearing in church. These chants seem to have played an important role, since many musicologists suggest that laika songs and the folk music have common characteristics with the byzantine music.

At 11 years of age, he lost his father and then the mandolin fell into his hands. His father’s mandolin was transformed to a bouzouki by a local instrument maker, signaling the beginning of a great career for Tsitsanis.

In his high school years in Trikala, he also learned to play the violin, taking part in local events and feasts. The violin helped him make some money at first, which was much needed to his family, after his father’s death. However, the bouzouki was the instrument he used to compose his songs.

He composed his first songs at the age of 15. At the end of 1936 he left from Trikala to Athens to study law. And although he never finished his studies in law, in some way he was managing to offer comfort and justice to people’s souls with his songs. 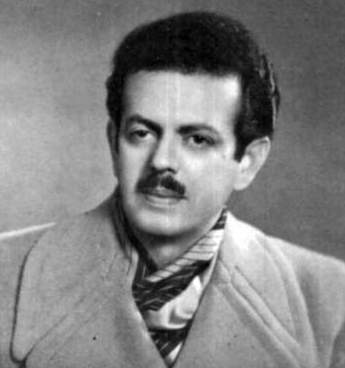 To supplement his income, at the same time he started working in music restaurants. Τhe first was called “Mpizelia”.

In one of these music stages he met the singer Dimitris Perdikopoulos, who introduced him to a record company.

Tsitsanis recorded a song for the first time in 1937, but the greater part of his pre-war albums were recorded in the subsequent years.

In March 1938 he went to the Army, where he wrote many songs, which were released shortly before the war.

The big record companies of Athens wanted to record his songs, but in order to do so, he had to ask for leaves of absence from the army. However, he almost never managed to return to the camp on time, and he was under punishment most of the times. One of his best songs, the “Archontissa” was actully written during his stay in the disciplinary facility.

“I archontissa” is the most famous song recorded by Tsitsanis and along with it, several more songs found their place in discography, such “Na giati gyrno”, “Auta ta mavra matia sou” and many others performed by Stratos Pagioumtzis, Stellakis Perpiniadis, Keromytis and Marcos Vamvakaris. In 1939 he recorded 25 songs with the Odeon record company and 7 to 9 with Columbia and HMV.

With these songs Tsitsanis introduced a new kind of folk music that soon became popular in the wider public, as opposed to rempetiko, that was interesting to a more limited circle of listeners. Even the upper class of Athens would go to the music stages or restaurants where Tsitsanis would perform to listen to his songs.

Tsitsanis proved to be a multi talented artist being a music composer, an organist and lyric writer. He wrote and composed 700 Greek songs in total.

The great songs of Tsitsanis

With his songs, Tsitsanis answered to the censorship of the Metaxas dictatorship, which prohibited both the pre-existing songs of rempetiko genre and the obviously eastern melodies.

He spent the years of the German occupation in Thessaloniki, where he worked in various music tavernas. During those years he composed many of the songs that were recorded after the war, when the records industry opened again: “Acharisti,” “Bakse tsifliki,” “Ta perix”, “Nychtes Magikes”, “Zitianos tis Agapis,” “Ntermpenterissa” and of course his most famous song “Synnefiasmeni Kyriaki.” 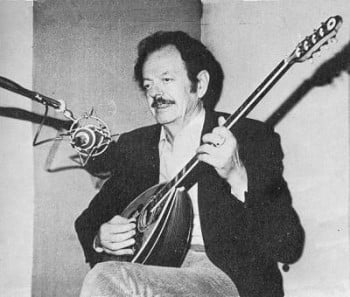 In 1946 he settled in Athens again and started recording his songs in a more professional and steady way. The next decade to come 1945 – 1955 was probably the most important in Tsitsanis’ career , since he gained wide recognition in Greek music.

During these years he was both creative and productive, introducing new voices to serve his songs. Some of them were indispensably connected to him: Marika Ninou, Sotiria Bellou, Prodromos Tsaousakis. Music was Tsitsanis’ passion;

We need to denote both the melodic richness and the dexterity in the performance of many of these songs. Their intros were the most characteristic element of Tsitsanis’ creations, with three distinct parts: Taxim, pre intro, intro. Tsitsanis stood out due to his incredible ease in melodic expression.

Since, in the mid ’50s, the folk music scene was changing with strong influences from Arab or Indian music and a broader acceptance of laika and rempetika music.

Tsitsanis tried to acclimate without abandoning his personal style. He did not want to use the Indian sound because he thought it to be totally strange to the Greek folk tradition.

He never accepted some of the seasonal “fads” and he kept writing songs, in his own way, trying to express the fears, passions and needs of the Greek people who have suffered a lot. Synnefiasmeni Kyriaki is one of the songs that describe incidents from the everyday life that Tsitsanis had witnessed and had to communicate through music.

However, not everything was smooth in his career, since there have been many controversies and “civil wars” in Greek music, mostly about the lyrics of songs. One of these famous controversies is about Synnefiasmeni Kyriaki as well.

His songs were performed by all major Greek singers, including Kazantzidis, Bithikotsis, Gavalas, Angelopoulos, Kaiti Grey, Polly Panou, Haroula Lampraki, Stamatis Kokotas, and from some point on, by himself as well.

The last 14 years of Tsitsanis career

In 1972 Tsitsanis had a rather shocking event to deal with. Giannis Papaioannou, one of his main singers and personal friends died in a car accident. Tsitsanis was blown away by this fact and had a really hard time dealing with it.

In 1980 on the initiative of UNESCO he recorded a double album entitled “Charama” – as was the name of the music stage, where Tsitsanis appeared in the last 14 years of his career and life.

In the album Charama he played a series of classic laika songs and many improvisational tracks in bouzouki. It was released in France (1985) and gained the prize of the Music Academy “Charles Cross”. This award has been given to two Greek artists only: Vassilis Tsitsanis and Haris Alexiou.

Unfortunately, in the meantime, the leading composer was gone forever. In 1984, the very day of his birthday (18 January), Tsitsanis died in London Brompton Hospital from complications following an operation in the lungs.

Greek music was never the same again after his death; although his songs are considered classic in Greek music, it is more than evident that such creators are missing from the music scene of Greece.

Vassilis Tsitsanis got married in 1942 with Zoi Samara. They had two girls together, Areti and Victoria.

Tsitsanis was associated with many women – mostly Greek singers of the time – and his most known love affair was with Marika Ninou.