End credits for Anna’s Vissi reality show “Oso echo foni” fell a few days ago  and the TV climate in the finale of the show was as emotional, just as it should, but also as befits to a reality program that respects itself!

We remind you that this was a reality show about the life of Anna Vissi.

So, after six episodes, we saw Anna Vissi in tears bidding us farewell … She cried simply because  the hour of separation had come, and  like no “goodbye” is easy, so even this could not pass in television history without a few tears and a little emotion.

The famous Greek singer  thanked the viewers and among others made sure to reveal, that this work was essentially a psychotherapy for her. 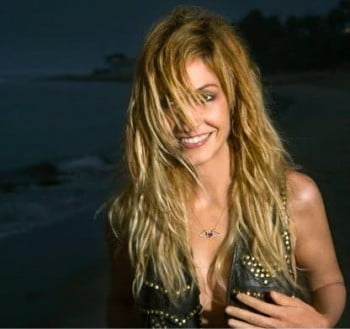 What were the words that Anna Vissi used to say goodbye to viewers?

“We finished the show… Six episodes and lots of  filming … Thanks a lot to all my associates. It is very important for me to work with people who love their job. I enjoyed very much that the protagonists in this whole thing was my whole family. My daughter, my sisters, my mother.

In my mind, now that this thing is over, there are many things. From very good, to very bad ones.. I have read “monsters.” But I think the “monsters” were written because of the nature of the show. I know that all this was an overexposure.. to go out so openly … This exposure, however, has been characterized by some as generosity and this is the word that I will keep.

There are many spontaneous moments, that have to do only with the truth, to such an extent that many times I risked a lot. The show is not my whole life. These are the last three years of my life, that at least to me, were very pleasant to see. I did my psychotherapy  through watching me in this show.

Because after so many years you forget who you are, how you are and if you like yourself, and through these shows many people wanted to know about me, learn things about me. So I have collected reviews like – “even if you did not need to do it, we  needed to see it, ” Anna Vissi said… to add… “The End”.